In ‘culture,’ we take seriously questions of cultural production – including mediation, negation, representation, and imagination — in terms of reflections, deflections, and critiques of an ever-globalizing capitalism. Our journal seeks to understand critical tendencies and latent antagonisms of the contemporary period and its cultural imaginaries — drives and impulses that demand the cultivation of different modes of perception, interpretation, and resistance. We insist that we live in history; the present is a blind field.

Blind Field comes from a feminist-Marxist editorial collective based in Santa Cruz, California. We accept submissions of varying forms, word-counts under 4000, and topics that are in dialogue with the conceptual project of this journal. Please send submissions and inquiries to blindfieldcollective@gmail.com. We seek submissions outside of academic genres. This journal is an all-volunteer project.

Justin Hogg is an editor of Blind Field, based in San Diego. If his work could be organized around any central ideas he would like those ideas to circle around finding a language in which we could map out clearly our suffering and use that mastery of language to destroy the systems in which that suffering transpires; but in the meantime he writes mainly about outdated music and sports and politics. 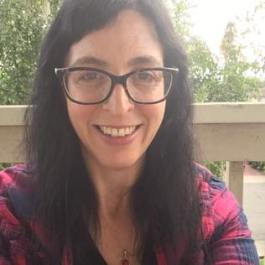 Johanna Isaacson is a founding editor of Blind Field. She has a PhD in Literature from UCSC and longs for a world where capitalism is abolished and mutual aid reigns supreme. When not teaching at Modesto Junior College she writes Marxist-feminist analyses of contemporary horror films and sometimes other things.

Madeline Lane-McKinley is a founding editor of Blind Field. A writer, teacher, and anti-capitalist based in Santa Cruz, she lives with her partner and their kid, dog, cats, and chickens. She grew up in Albuquerque, lived in Chicago, and has a PhD in Literature. Her work focuses on Marxist-feminism, utopia / dystopia, the post-60s, cultural production, and everyday practice.

Sophie Lewis is a frequent contributor to Blind Field who recently joined the editorial collective. She is a queer communist writer, translator and teacher who hails variously from France/England/Germany but now belongs to New York and (imminently also) Philadelphia. Sophie has a PhD in human geography – via politics, environmental humanities and literature. Her thesis inquires into work and/as nature, for instance, theorizing emerging bio-economies in gestational labor, or ‘surrogacy.’

Kenan Behzat Sharpe is a founding editor of Blind Field. Taking the old epithet “rootless cosmopolitan” as a life goal, he splits his time between Santa Cruz and Istanbul. Kenan’s research focuses on aesthetics and politics in the long 1960s, but he finds himself more often than not writing about contemporary music, film, and television in Turkey, Greece, the U.S. and beyond. He’s currently finishing a PhD in Literature.

One thought on “about”