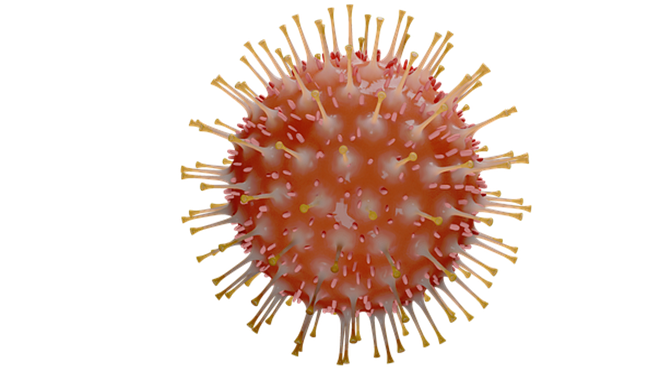 You deserve to die, you power-obsessed, worshipers of wealth, so collapse and grind to a halt, but meanwhile don’t malign me as a lowly, equal-opportunity virus and say I’m indiscriminate about whom I target, cause I don’t buy into your preaching to the bottom you claim doesn’t exist, but I am canny and know how your systems work because I’m idea and matter, feeling and physics, living and dead—with more agency and being and knowing than you’ve dreamed possible—the tightrope I revel on—so I attack the most vulnerable, those you sent out unprotected like the cannon fodder they’ve always been because for you, money and life are intimately related—work for me or die—has always been your lash, which is why I’m having a killing field day with those stacked in cities who can’t stop working to quarantine or they’ll starve, as indifferent to their misery as I am, but I’m a virus, trolling for the best pick, which are those whose toil you abstractly administer to service your Just-In-Time, tottering infrastructure, corral your robots on the floor of mega-warehouses, who subsist on scraps in your global race and civil wars, reconstructed as natural necessity for those who assemble, pack, and staff and scrub to support your super-power life styles, so I marvel at your self-congratulation, strutting  your risk management stats, calling yourselves human humanists humane even, while you reluctantly enforce a respite for the managerial-professional sector from the double whammy of scarcity and workaholism you’ve routinized, while you oversee global immiseration—you bloodless, data-driven hypocrites, complicit in keeping your servants ignorant, bereft, and working all the time, hacking away at any instances of solidarity they eke out, the very idea footnoted at best, you negligent racketeers, you grave-digging juggernaut, whose ever-increasing ROI over-produces endless variations of mostly-useless shit, your toxic devastation’s come home to roost belly-up, so your house-of-cards numbers crunchers, marketing experts, platform developers, and teen influencers revolutionize everyday life, version 4.0 of progress and order, from the supposed win of social contract over absolutism—free individuals signing contracts—the brothers finally having slain the father and banded together to form civil society, patriarchal power pushed back into the “private” sphere, supposedly separate, while you elaborate the evolving “individual,” your sharecroppers grinding out fast food and your Internet water-boarding every single person from indigenous holdouts deep in Brazilian forests who refuse your trinklets and conveniences while you deny the blood at the root of your systems, from your cloaked Silicon Valley cooks, cleaners, porters, and custodians to the migrant, brick-and-mortar, roving bands of unemployed teenage males in Congo Bolivia Brazil, the periphery you’ve disposed of after war-crafting the migrant-bashing, meritocratic map, parceling out the work, that half your desperate out-sourced servants line up to mine your copper, coltan, cobalt while you erase the systematic damage, trauma of economy/profit over life/well-being, portraying yourselves as creating opportunities to be a cyber-prole, hand-assembling the micro-circuits of your gadgets in hazmat white in toxic sparkling factories of ShenzhenSeoulSriLanka managed from your corporate towers overlooking fetid slums, so three-quarters of the globe, now your burgeoning free market is dependent on your gadgets for work play love survival—austerity for the multitude—making people think hoarding will save them, gives you a market edge while you trade on desperation to connect, which fuels your endless supply of new adopters, attached to “smart” phones 24/7, twitching when they hear a ding signifying someone’s noticed them, which you taut as information longing to be free, trumpeting all boats rise while half the world lacks medical infrastructure, a fifth without running water and electricity on three continents, the ones you still haven’t replaced with robots, scratching their alienated labor out in clean rooms, cubicles, or factories, but you can continue to deny history, always erase and disarticulate, and fail to historicize, presenting the present as a gift while heralding its inevitability and writing off suffering to just desserts for having failed in the meritocratic agon, while tirelessly blaming your subjects (global south loafers or global north leeches), you know just how hard the leaders of commerce have worked and deserve to be on top, your nose-to-the-grindstone productivism, but I’m giving the lie to who’s the democrat here—we’re a parasitic duo—so remember, like you, I can and will go anywhere, attach to anything vulnerable, with the spikes of the crown that I am.

Dion Farquhar is a poet who has recent poems in Mortar, Birds Piled Loosely, Local Nomad, Columbia Poetry Review,Shampoo, moria, Shifter, BlazeVOX, etc. Her second poetry book Wonderful Terrible was published by Main Street Rag Publishing Company in 2013, her second chapbook Snap came out in September 2017 at Crisis Chronicles Press, and her third chapbook Just Kidding was published by Finishing Line Press in 2018. She works as an exploited adjunct at two universities, but still loves the classroom, and she is active in the University of California Santa Cruz adjunct union, the UC-AFT.